As Brave as Ashley

As Brave as Ashley

Every day, Easterseals is changing lives in ways that most of us don’t even realize. Right here in our little corner of the world, I have friends whose lives have been positively impacted- and even saved- by this incredible organization. I hope you will join us from 10 a.m. to 4 p.m. on Saturday, September 17h for our Sip & Shop for Easterseals. Enjoy wine and snacks while you shop, and we’ll donate 10% of our proceeds to Easterseals so they can continue their vital mission.

Today, I am turning my blog over to Ashley. She and her mother, Cherri, are dear friends of mine. In fact, Cherri now works with me at Leah & Mack and puts her interior design talents to great use serving our customers! I am truly in awe of what this family has overcome together, and especially of what Ashley has accomplished in her life.

Starting at the age of three I began receiving services from Easterseals. At birth, I had a stroke due to a blood clot in my brain. As a result, I was diagnosed with mild left hemiplegia and epilepsy. During my time at Easterseals, I received physical and occupational therapy. Through their help, guidance and care I was able to develop new skills as well as learn how to adapt and live with cerebral palsy. At Easterseals, I never felt like I was different or broken. It was always a very friendly and welcoming environment. Easterseals gave me confidence, which I had never experienced before. Having this newfound confidence was very beneficial when I began school. With that mindset, I was better able to make friends and get comfortable with my cerebral palsy. In the past, my family has also been involved in the Easterseals community. We have participated and volunteered at many Easterseals events over the years. Events such as the Black and Blue Ball, the Easterseals Telethon, and the Run, Walk, Roll. In 2003, I was even an ambassador child for the telethon that year. My family is a Caterpillar family, so there was a period when I discontinued services with Easterseals because we moved up to the Chicagoland area and then eventually overseas to China.

While living overseas my epilepsy progressively escalated. I was having upwards of fifteen to twenty seizures a day while previously they wouldn’t get above ten. I was taking five different seizure medications, none of which seemed to aid any more. As a result, my family move back to the U.S. so we could get care and advice from my doctors in Chicago. At the age of 15 and 16, I underwent two brain surgeries. The first surgery was a resection, which was only a minor surgery compared to the second one I had. After the resection, I fully recovered and was able to continue with life.

Unfortunately, six months later my seizures came flooding back and they were 10 times worse than what they were pre-surgery. During that time, I barely went to school. I was lucky if I went to school once or twice a week. My doctors advised us to go to Chicago, Mayo or St. Louis to get further specialized care. A year later, I had my second surgery, a right functional hemisforotomy at St. Louis Children’s Hospital. This surgery completely paralyzed the left half of my body. After intense rehab at the hospital, I continued physical, occupational and speech therapy at Easterseals. During that time, I was at Easterseals three or four times a week for a solid eighteen months. It became my home. During my recovery, there were times I didn’t think I would ever fully recover from the paralysis. I had some of the best physical and occupational therapists. They were so supportive, caring and believed I could get back to some level of normalcy even if I didn’t believe it myself.

After a long recovery full of ups and downs, I finally found my own unique level of normalcy that at the beginning of my recovery, I never thought I would find. I’m proud to say that I just recently graduated From Northern Illinois University with my B.A. in English. Easterseals has truly helped me reach my full potential. They have been such a big part of my life and will forever be grateful for their care and support throughout the years. 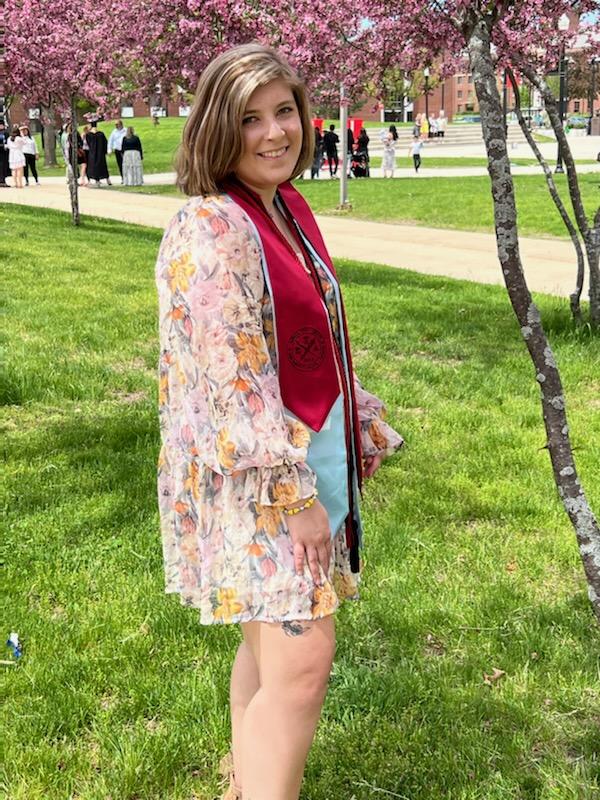 Ashley at her graduation from NIU! 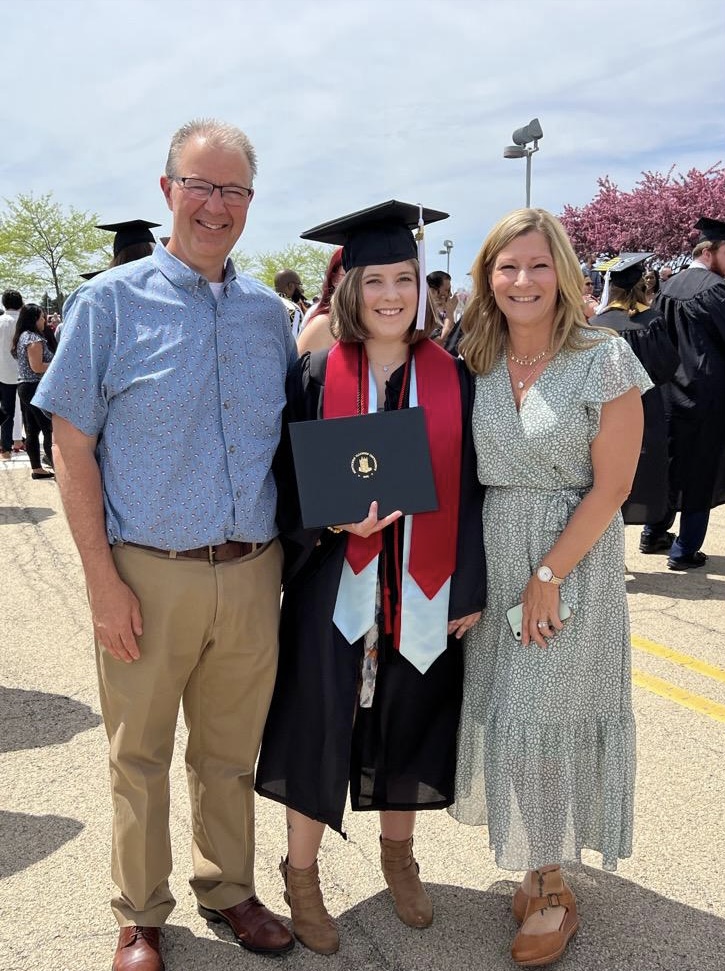